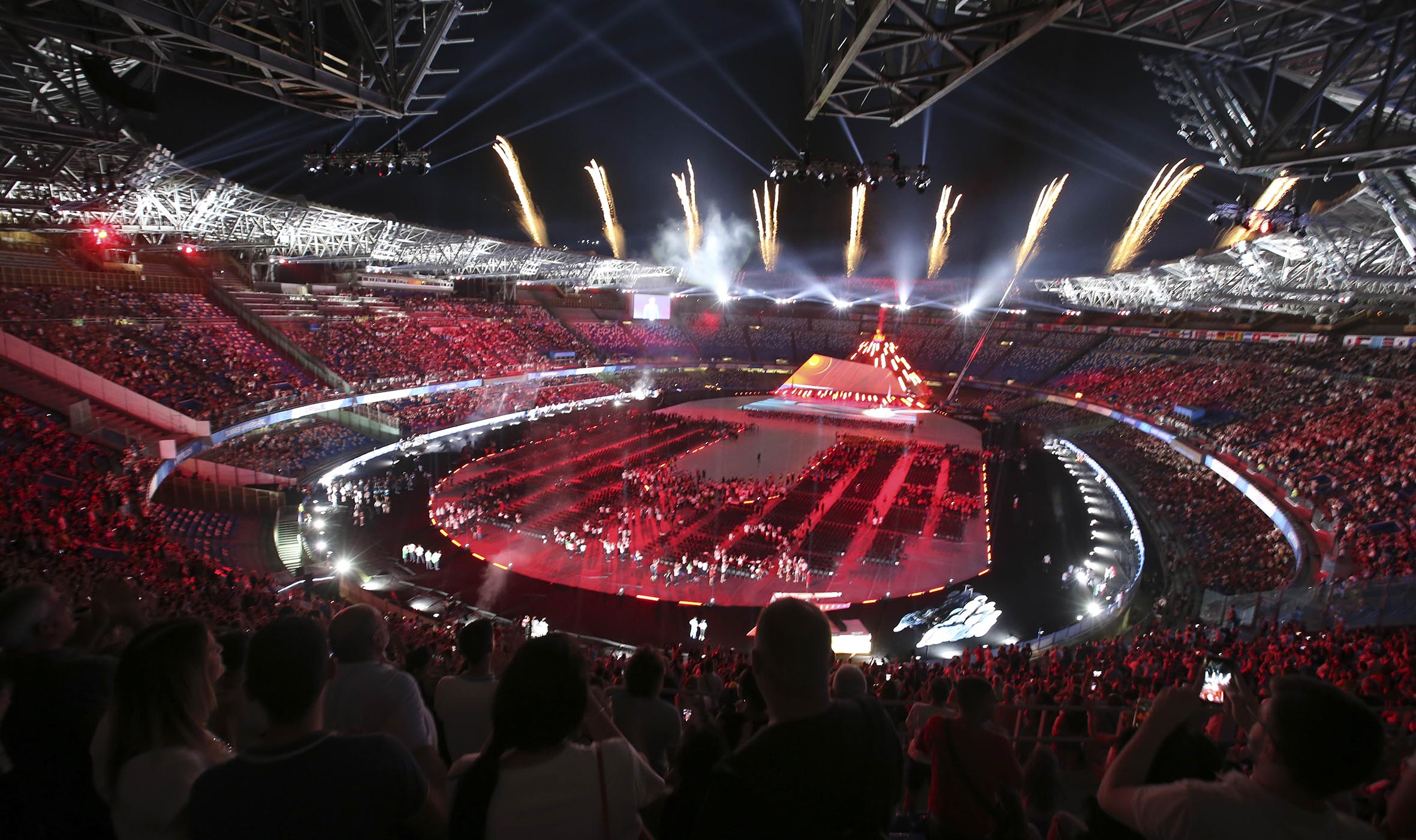 Tickets for the Closing Ceremony of the 30th Summer Universiade Napoli 2019, scheduled to take place tomorrow, July 14th, 09:00 PM, at San Paolo Stadium, have already been sold out. More than 35,000 spectators are expected to attend the final show, created and produced by Balich Worldwide Shows, under the direction of Stefania Opipari. Taking inspiration from the typically Neapolitan tradition of “caffé sospeso” (“suspended coffee”), the ceremony will serve as a send-off to both Naples and Campania. The colours of the flags of the 118 Countries who competed in the Universiade will swarm San Paolo Stadium, once again the main character of a spectacular show with its brand-new look. Hosted by The Jackal and accompanied by musical performances by artists such as Mahmood, Clementino, DJ Sonic and many more, this great celebration will end in a majestic firework display, lighting up the sky of Naples. A ceremony that aims to leave its mark worldwide after putting out the cauldron’s flame.

A much awaited guest is Prime Minister of Italy Giuseppe Conte, who will sit in the Authorities tribune along with FISU President Oleg Matytsin, President of Campania Region Vincenzo De Luca and Mayor of Naples Luigi De Magistris.

During the ceremony there will also be a tribute to Mrs. Manuela Oliveri, widow of Italian sports legend Pietro Mennea who, exactly sixty years ago, set the 200m world record in the Mexico City Universiade.