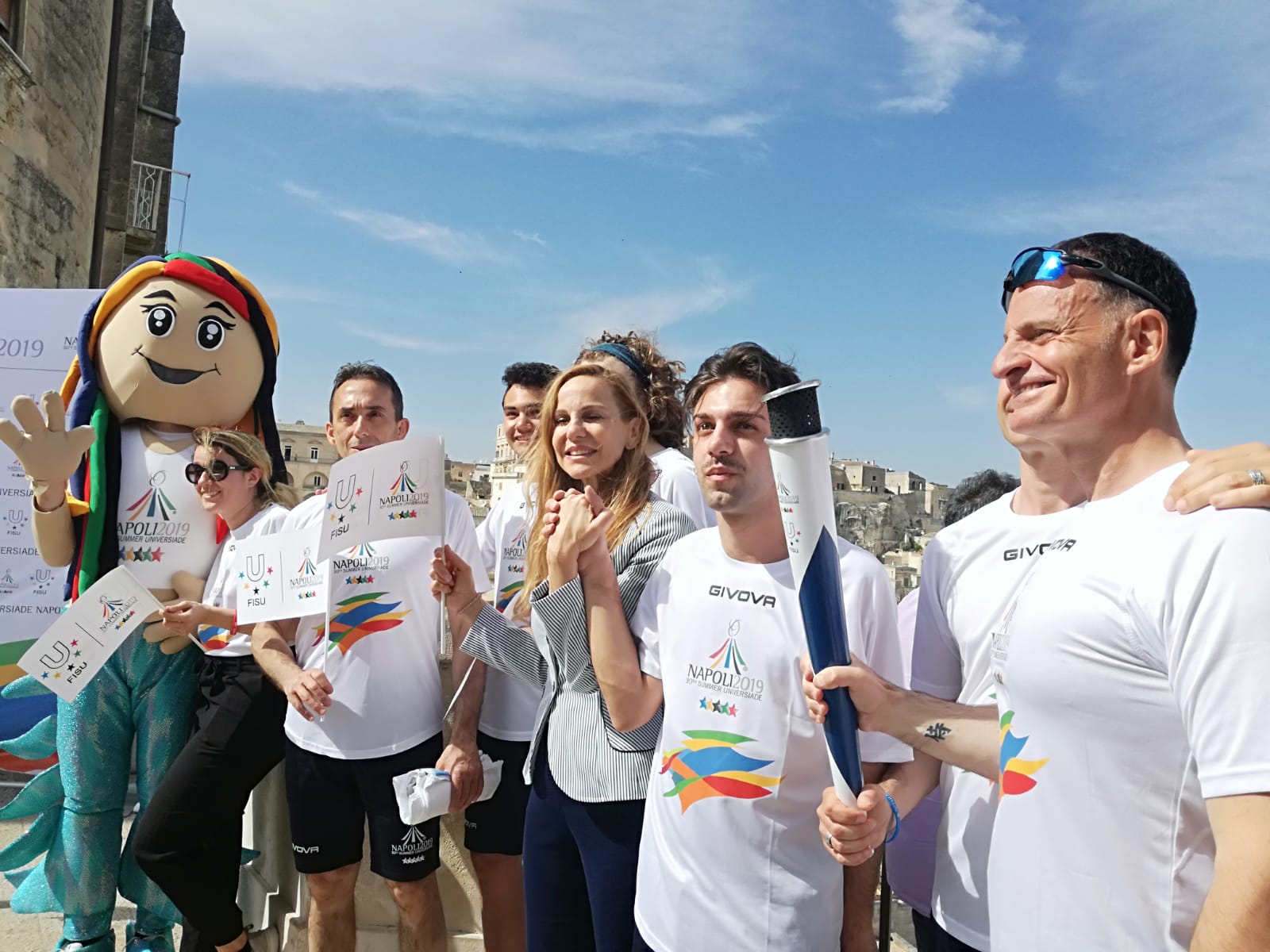 It is the last stage for the Torch of the Universiade Napoli 2019 before arriving in Campania. The sixth stage of the route took place in Matera, European Capital of Culture, and more precisely in the University of Basilicata. The ceremony was attended by the Institutional Director of Regional Agency for the Universiade Annapaola Voto, who said: "Campania and Basilicata are the backdrop of two major events in 2019. They represent benchmarks of excellence not only for Southern Italy but also for the whole Country". Aurelia Sole, Rector of the University of Basilicata, expressed her appreciation as well: "Sport is synonymous with culture and inclusion, and university is a place of peace, sharing and work. It is a great honor for our region to welcome the Torch Universiade".

The first of the five torch-bearers taking turns along the suggestive route among the “Stones” of Matera was Pierluigi Ussorio, Olympian and world shooting champion: "I feel honored to represent Naples and Campania as a torch-bearer. It is one of the most important moments of my life. It is a recognition for all those Neapolitan champions committed to doing their best for the success of the event". Mariano Barbi, Italian rowing champion, was at the starting line too: "Carrying the Torch in the Capital of Culture fills me with joy. Running with Giovanni, a blind student, makes me happier than winning competitions". Barbi was supported by Giovanni Colonnese, student at Istituto Colosimo in Naples, who will represent Italy at the European tennis championship for blind people in Finland: "A special thrill, a unique opportunity for my region, it is a great honor to be one of the torch-bearers here in Matera. Sport is a symbol of cohesion, but for me it also represents a daily challenge”.