Record numbers for the opening ceremony

HomeNewsRecord numbers for the opening ceremony 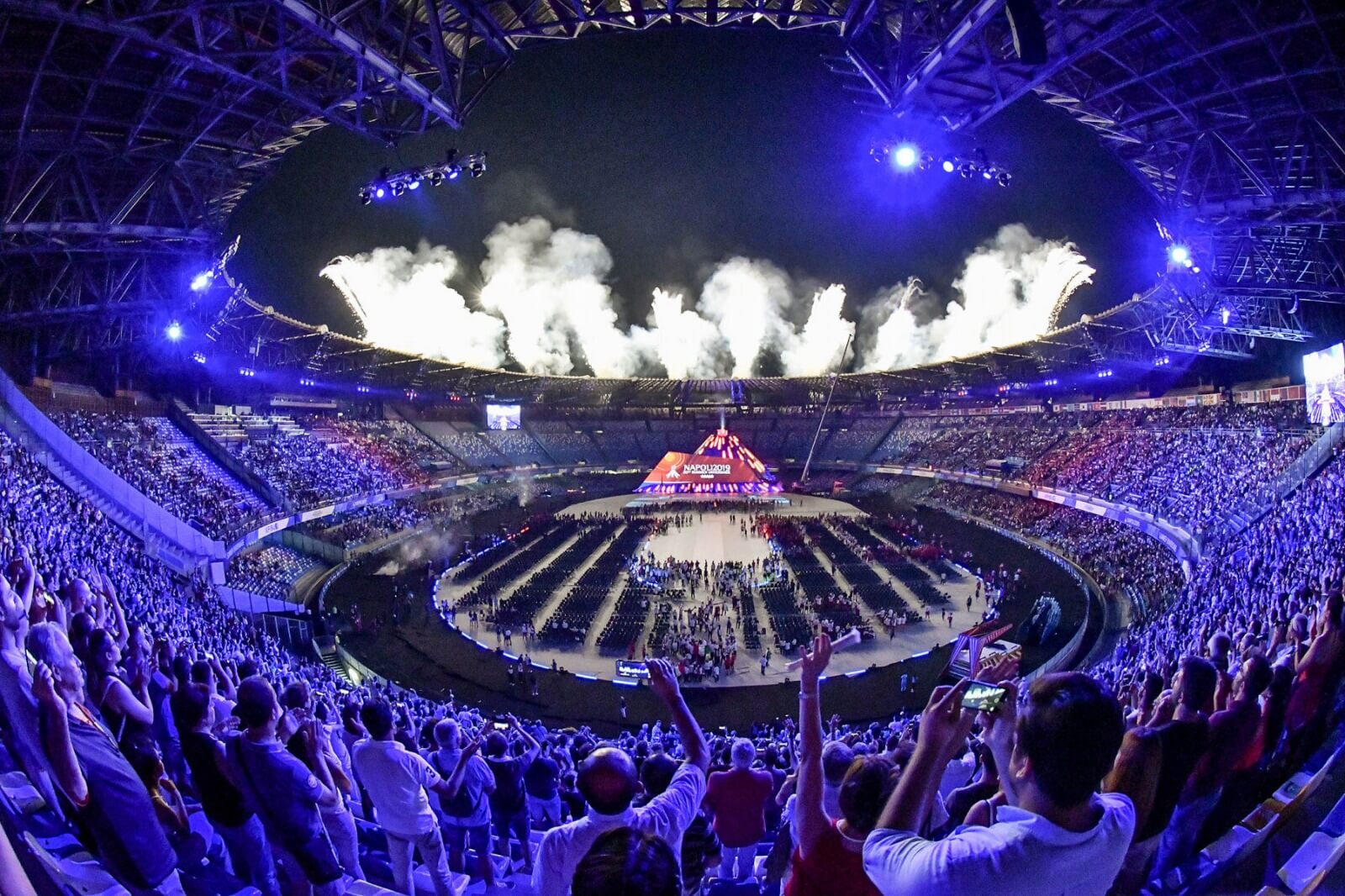 Record numbers for the opening ceremony

The show, conceived by Marco Balich and directed by Lida Castelli, has charmed and thrilled the over 30.000 spectators in San Paolo Stadium, and caught the attention of worldwide Tv audience as well; almost a billion people could enjoy this unique event from home, through the channels which broadcasted the Ceremony live. RAI 2, Italian official broadcaster of the Ceremony, is very satisfied: an 8,4% share, equal to an audience of almost a million and a half spectators. The participation on social media was massive. Twitter users commented the Ceremony live, bringing the hashtag #Universiadi2019 on the top of the Italy Trends, with a total amount of 12.000 tweets.

Even if Facebook and Instagram went down due to issues that paralyzed social medias, the posts on the official page have reached almost 2 million people. The echo of the wonderful show by Marco Balich continued in the following hours, collecting other 8.000 followers. On Instagram, the video of the “penalty kick” by Lorenzo Insigne igniting Vesuvius has reached more than 27.000 views in a few hours.