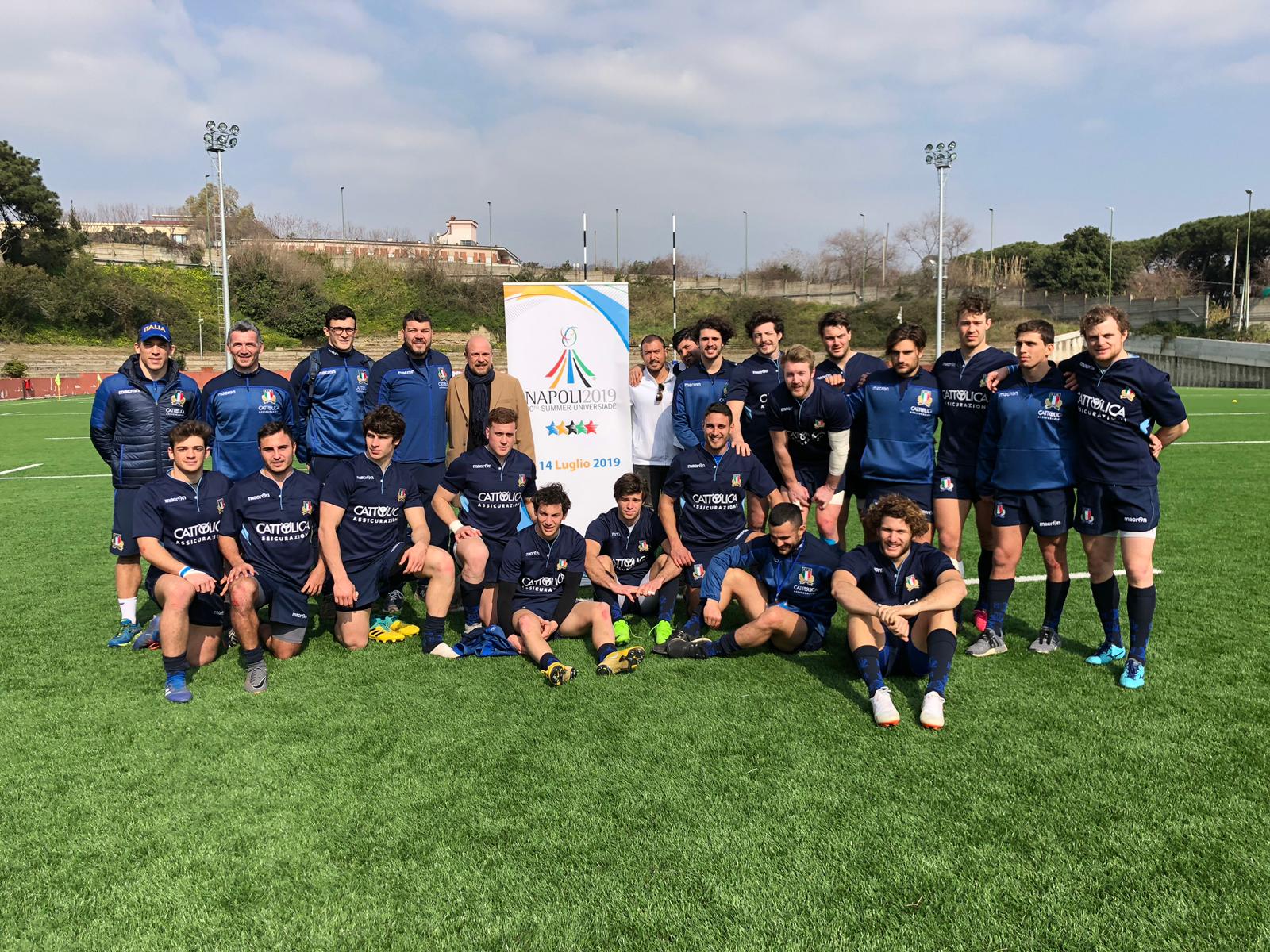 In view of the Summer Universiade scheduled in July, Naples already plays the role of international capital of sport. In the former Bagnoli Nato base, which will host the Universiade rugby matches, the Naples International Rugby Sevens 2019 will be held until Thursday. The Italian national team coach, Andy Vilk, who will lead the team to the event in July, says: "We are lucky that part of the team is still attending university and I hope to involve some of the students in the team we will bring to the Universiade. As we arrive in Naples - he continues - the young people will realize the importance of this great international event, which involves so many different nations and cultures. Our team includes two boys from Campania, specifically from Benevento, but Naples will be a city for everyone to discover. I am thinking to the interest that the city can generate especially among the foreign delegations: I saw the German national team coach drinking up to ten coffees a day, in line with the tradition of most Neapolitans". The French rugby team manager, Janeczek Thierry, reveals that one of their coaches, "who will be participating in the test match throughout these days, will lead also the team during the Universiade in July.There is a lot of interest among the players because the competition is well known and the qualification at stake is very important and yearned. Naples - he continues - is famous for its hospitality, but we are also curious to see other cities in the region. In southern Italy rugby is not very common but it is a sport that we are developing a lot: The team we fear the most at the Universiade? Well - answers Thierry -, Italy of course: We are expecting a very well prepared team. There are very interesting players, therefore it can really be the team to beat", he concludes. Meanwhile, the Bagnoli base "aims at becoming - says Diego D'Orazio, President of the Amatori Napoli Rugby, who is organizing together with Fir the test match of these days - the reference point of the oval ball in Southern Italy. The Universiade is a unique opportunity to spread this sports discipline among the new generations