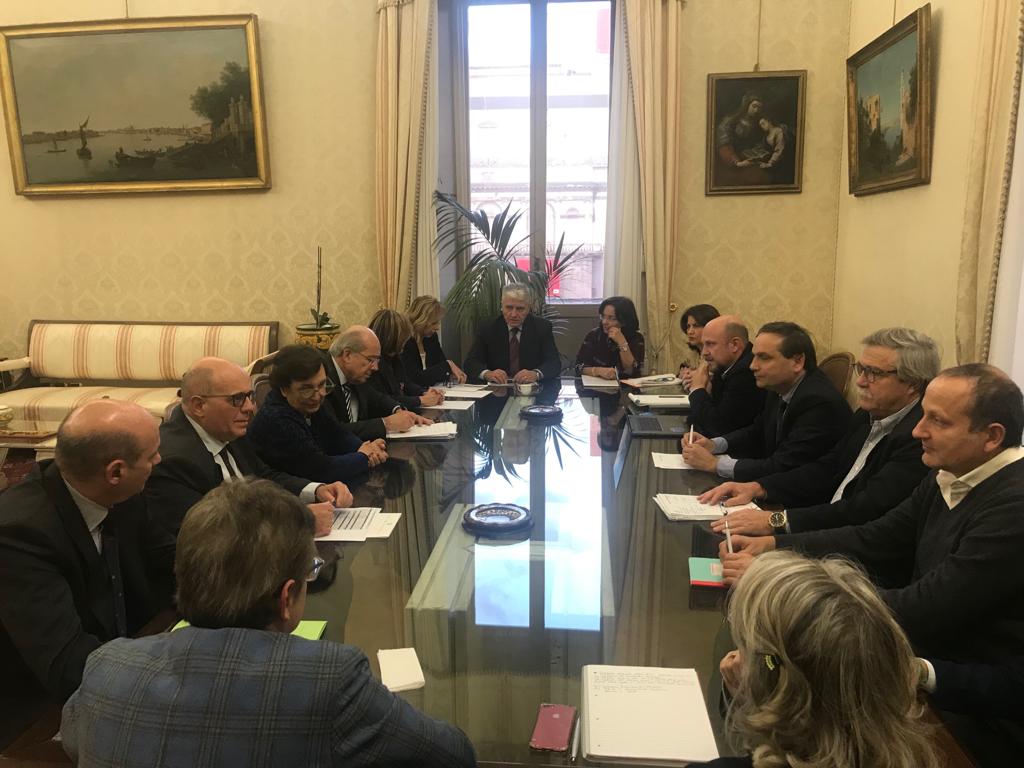 A meeting to discuss the security plan for the 2019 Universiade World University Games took place Tuesday at the Naples prefecture with Universiade Commissioner Gianluca Basile, prefects from the five provinces of the region of Campania, and Naples police chief Antonio De Iesu.
The meeting was the next step in a series of planning meetings following one in October aimed at strengthening collaboration between the various institutions.
In an atmosphere of reciprocal cooperation, the various parties confirmed their commitment to ensure the highest level of security for athletes and spectators during the Universiade, scheduled in Naples from July 3 to July 14.
Although the arrival dates for the various athlete delegations are still pending, the planning group identified particular structures that will need special attention in terms of security and will require an enhanced law enforcement presence.
Basile provided a general overview of the event and said more than 10,000 people are expected from around the world.
He touched on topics such as transport and the number of delegations that are expected, currently 120 but possibly as many as 160.
The meeting also addressed the distribution of the athletes in terms of accommodation, and that they will be divided by sport and not by nationality.
In addition, Basile introduced the new Universiade General Coordinator, Adam Sotiriadis, who comes from the International University Sports Federation (FISU) and will serve as a mediator between the event planners and the federation.
Basile said plans will be ready by January for temporary structures, including one headquartered at the Royal Palace of Caserta, where the archery finals will be held. He emphasised the importance of the launch of the port management plan, thanking the Naples prefect for his role.
Basile will now travel to Braga, Portugal, to attend a FISU steering committee meeting.
On Thursday, he will present a report summarising the current status of Universiade planning and progress.