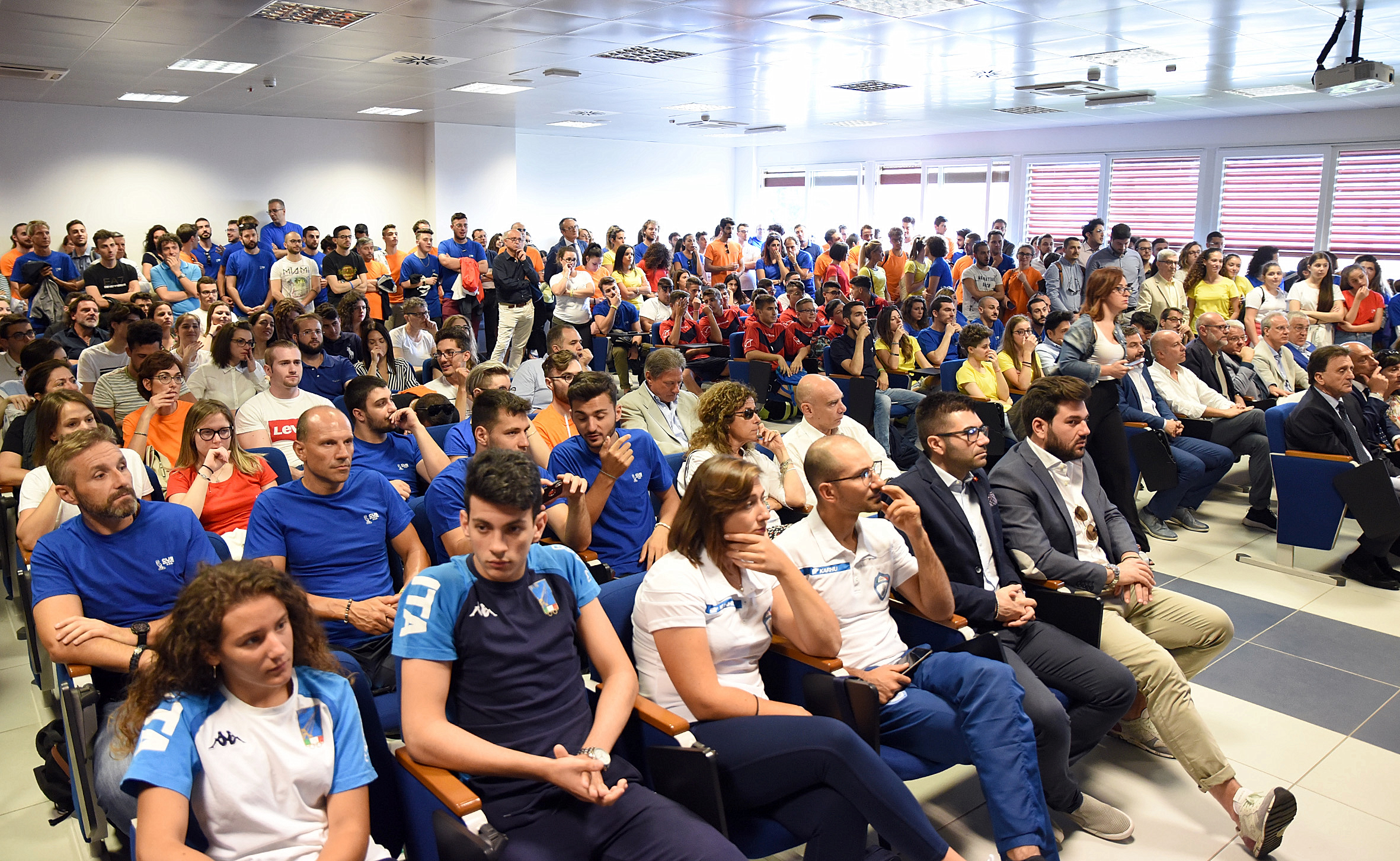 A plan by University of Salerno Rector Aurelio Tommasetti to offer college credit to student volunteers at the 2019 Universiade World University Games is now being considered by other rectors of universities in the Campania region.
“We’ll still wait, because it would be better to ensure uniformity in evaluation, but once a bit of time has passed, we’ll move forward on our own,” Tommasetti said.
The credits, along with the added possibility of internships, were discussed on Wednesday at the Fisciano campus of the University of Salerno during the second stop of the Universiade’s student volunteer programme tour of Campania universities.
These are just a few of the incentives available to encourage the nearly 10,000 volunteers needed for the event, which will take place next year in Naples and in various provinces of the Campania region.
Representatives on the tour, including Lorenzo Lentini, president of the Italian University Sport Centre (CUSI); Giorgio Scarso, president of the Italian Fencing Federation; and Salerno-area brother and sister archers Massimiliano and Claudia Mandia (who between them have participated in six Universiade Games and one Olympics), all highlighted the usefulness of a volunteer experience at the Universiade.
They said the volunteer is more than just a point of reference for the athlete, becoming a true friend.
Roberto Outeirino, Sport and Operations Director for the 2019 Universiade, highlighted the importance of the opportunity to work alongside professionals in organising a sporting event that is second only to the Olympic Games. The first volunteers will be selected in the fall.
Volunteering wasn’t the only thing that was discussed during the tour stop, however; Lentini also gave a summary of where things stand in terms of the event’s organisation.
“The challenge isn’t simple, time is tight, we only have one year ahead of us, but we are confident,” he said.
“The government is with us and Undersecretary Giorgetti has convened a directors’ meeting for July 3. Regarding FISU’s choice of setting up the athletes’ village at the Mostra d’Oltremare convention centre, we are acknowledging it, just as CUSI has. It will be the commissioner’s task to work through the critical issues that have been raised by various parties,” he said.
Scarso said this event marks the time to “stop the south from being excluded from big sporting events”.
He said that’s why the Italian Fencing Federation is organising its “Assoluti Juniores” event in Foggia.
The University of Salerno’s new Baronissi campus will host fencing events during the Universiade.
“It’s a tradition that comes from way back, and that has produced champions such as Giampiero Pastore,” Scarso said.
The event’s technical value was discussed by the commissioner’s chief of staff, Francesco Massidda, and by senior advisor Diego Bouchè, who cited records made by Pietro Mennea in the 100 and 200 metres during the Universiade.